Richard and Megan came and stayed with us for Labor Day weekend and we had a blast at Splash Summit, hiking to Donut Falls, and playing with cousins. 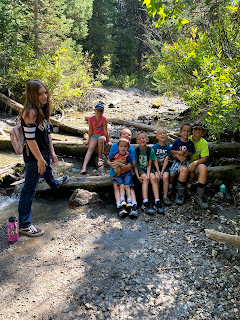 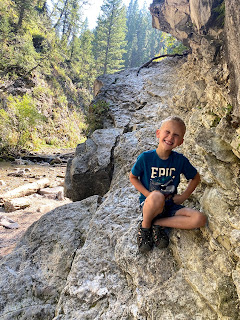 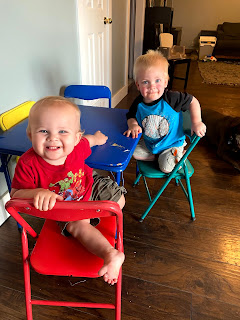 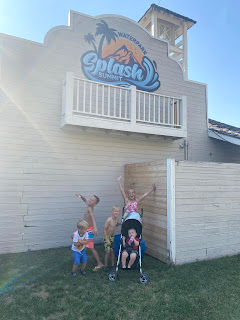 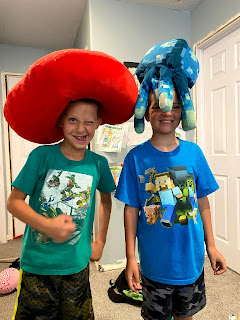 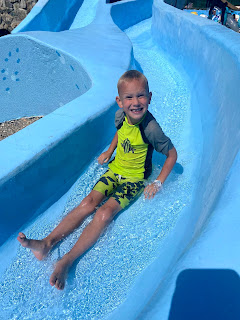 The week after that Kyle started feeling sick.  He had a fever, body aches, and chills.  I got the same thing 2 days later and we tested positive for COVID.  I was sick for 2-3 days and then had a bad headache and congestion for another few days after that, but Kyle was hit hard.  He had a fever on and off for 9 days and was feeling miserable.  He lost 20 pounds in that week.  Todd and Jason gave him a blessing on day 10.  Because we both had it and couldn't isolate from the kids, they had a 3 week quarantine from school.  We busted out all the craft supplies, puzzles, and games, and ordered some new toys and crafts from Amazon.  We also did contactless Walmart pick up for the first time, which is pretty dang convenient.  The kids did a good job having to stay home for that long.  I did have one morning conference call while working from home where I came out after and found baby Nathan playing in a giant puddle of milk on top of the table.  The kids left the milk out from breakfast and he happily climbed on top of the table, knocked it over, and had the time of his life playing in it while it dripped down the table and onto the floor.

We got the kids tested to see if they could go back to school.  The lab emailed the results and they were all negative, but then the Health Department called later that day and said that the email results were wrong and Alexa and Tyler were actually positive.  Baby Nathan had a fever for a couple of days, but he also cut two molars so we're not sure if he was sick or just miserable.  None of the other kids had any symptoms.

I was called into the Young Women's Presidency in our ward, which is exciting.  I love working with the youth.