January 2014 - dressing up and playing with Gma and Gpa

I have no idea how it's already January?!  When and how that happened is beyond me.  We had a fun visit from Grandma and Grandpa Sweeny to start off the new year.  They are getting their SLC apartment ready (aka built) in Great-Grandma Sweeny's basement and we're getting excited to have them out here in a few months.  Grandma and I took the kids to Discovery Gateway Museum in SLC while the boys worked on framing the basement.  We covered about a tenth of the museum and had lots of fun. 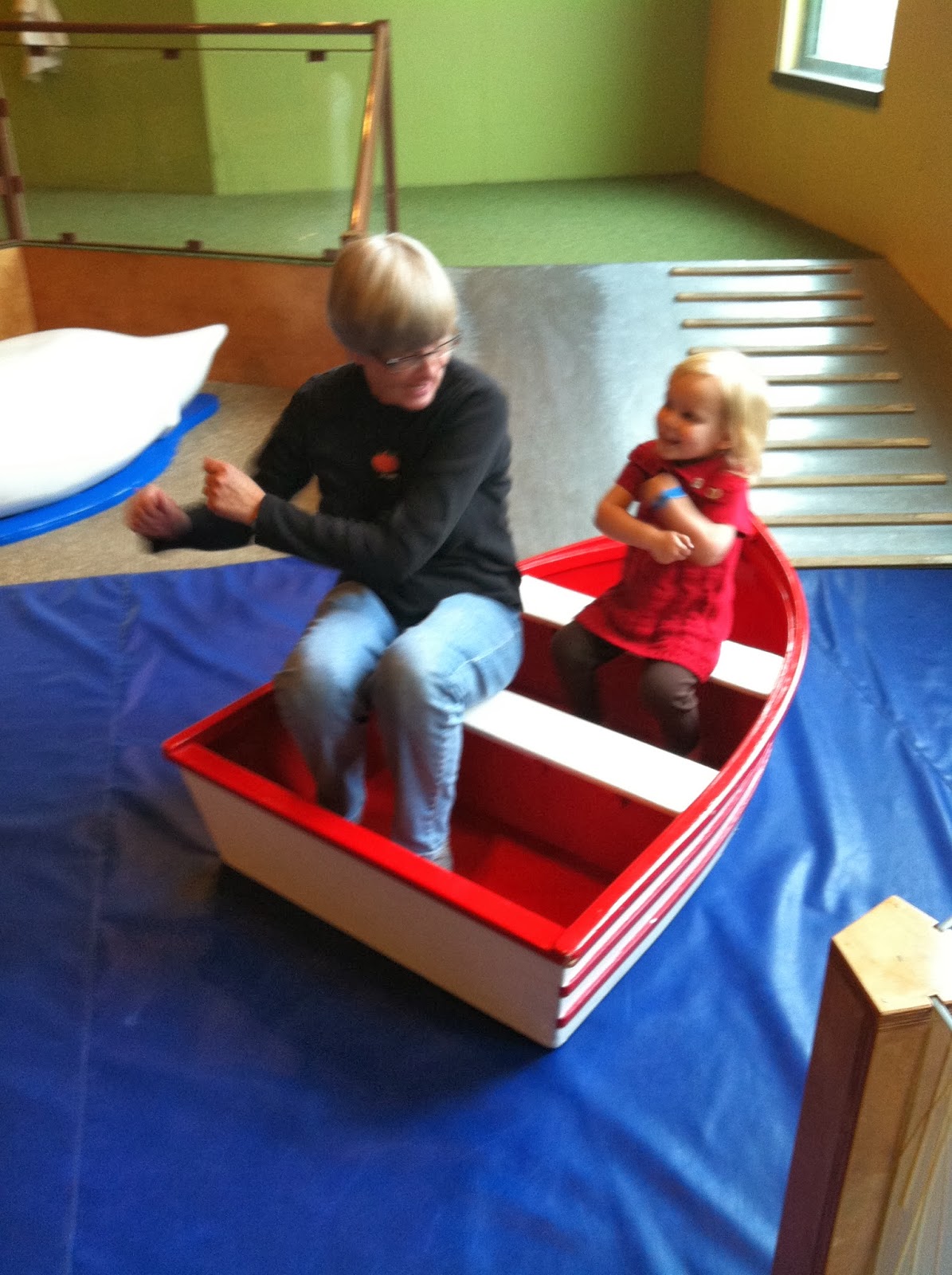 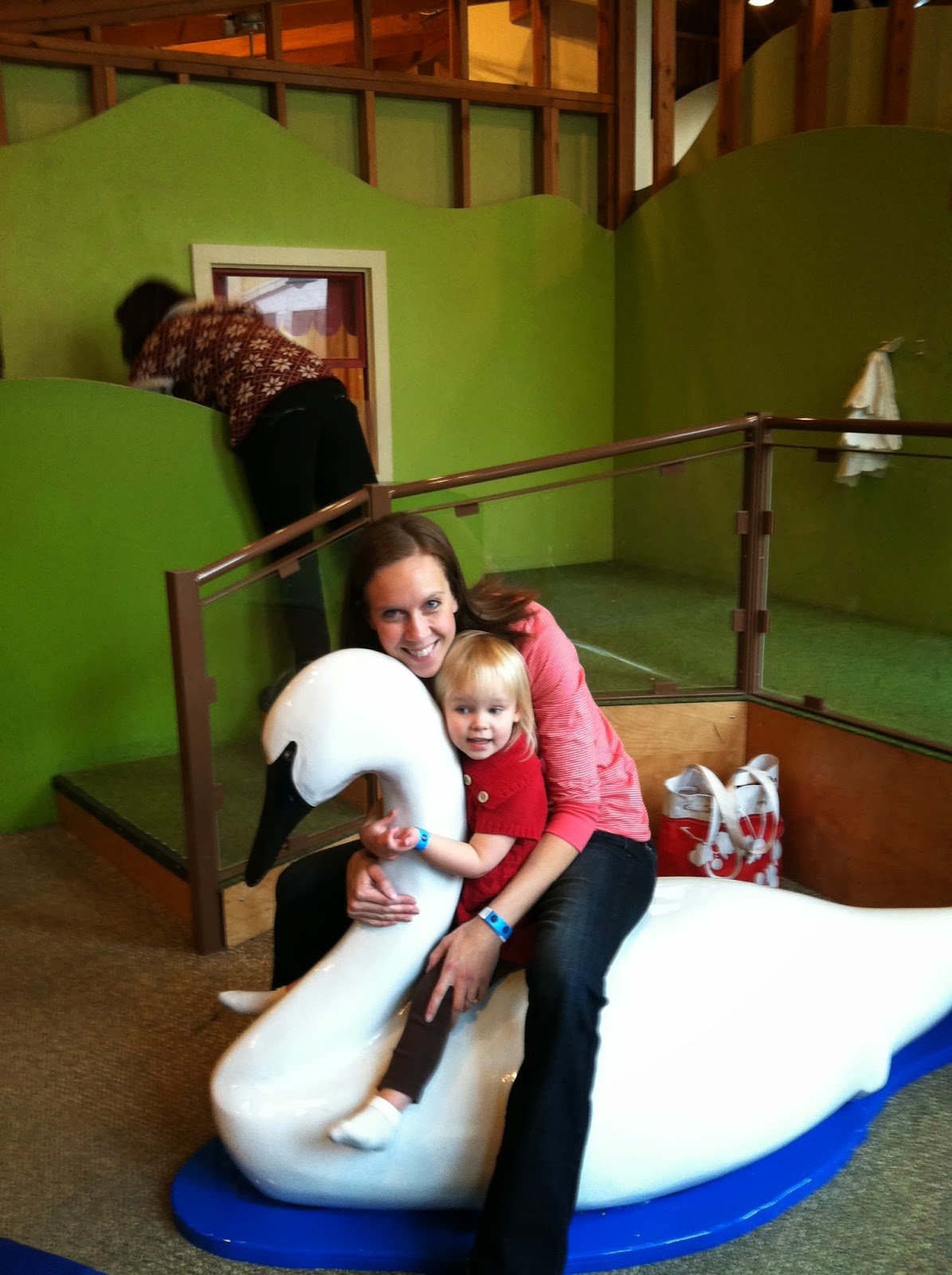 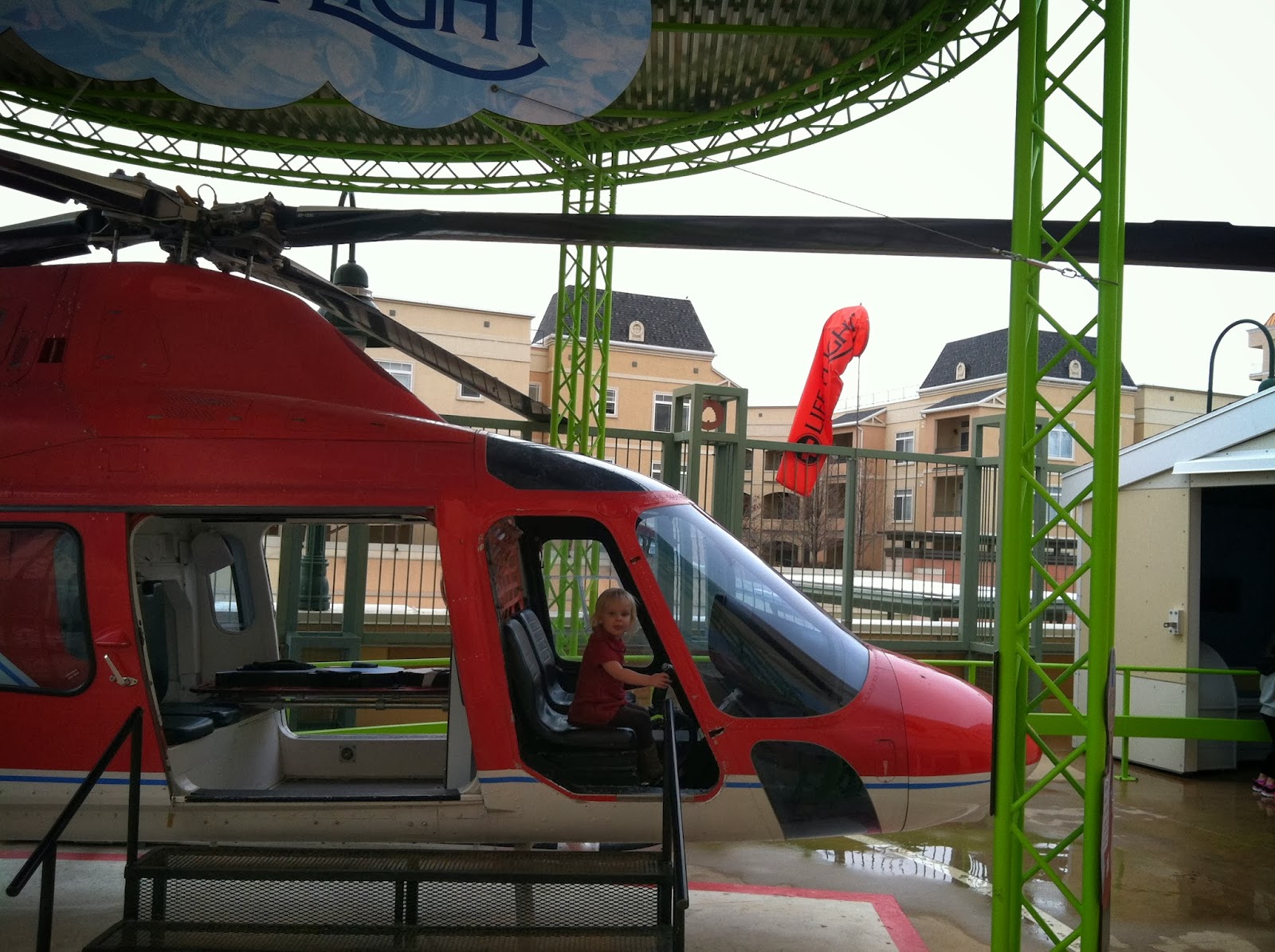 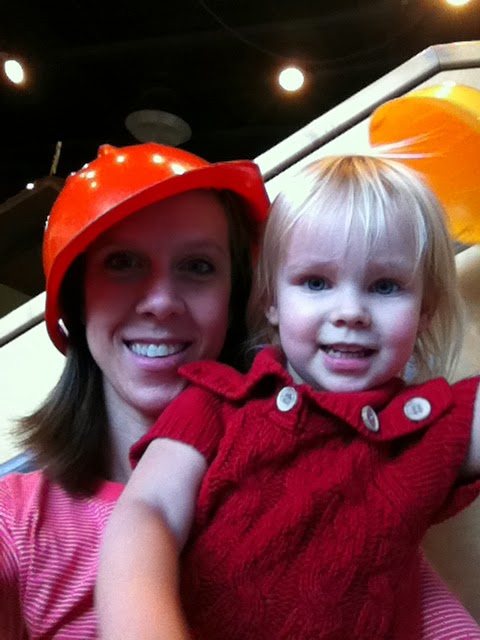 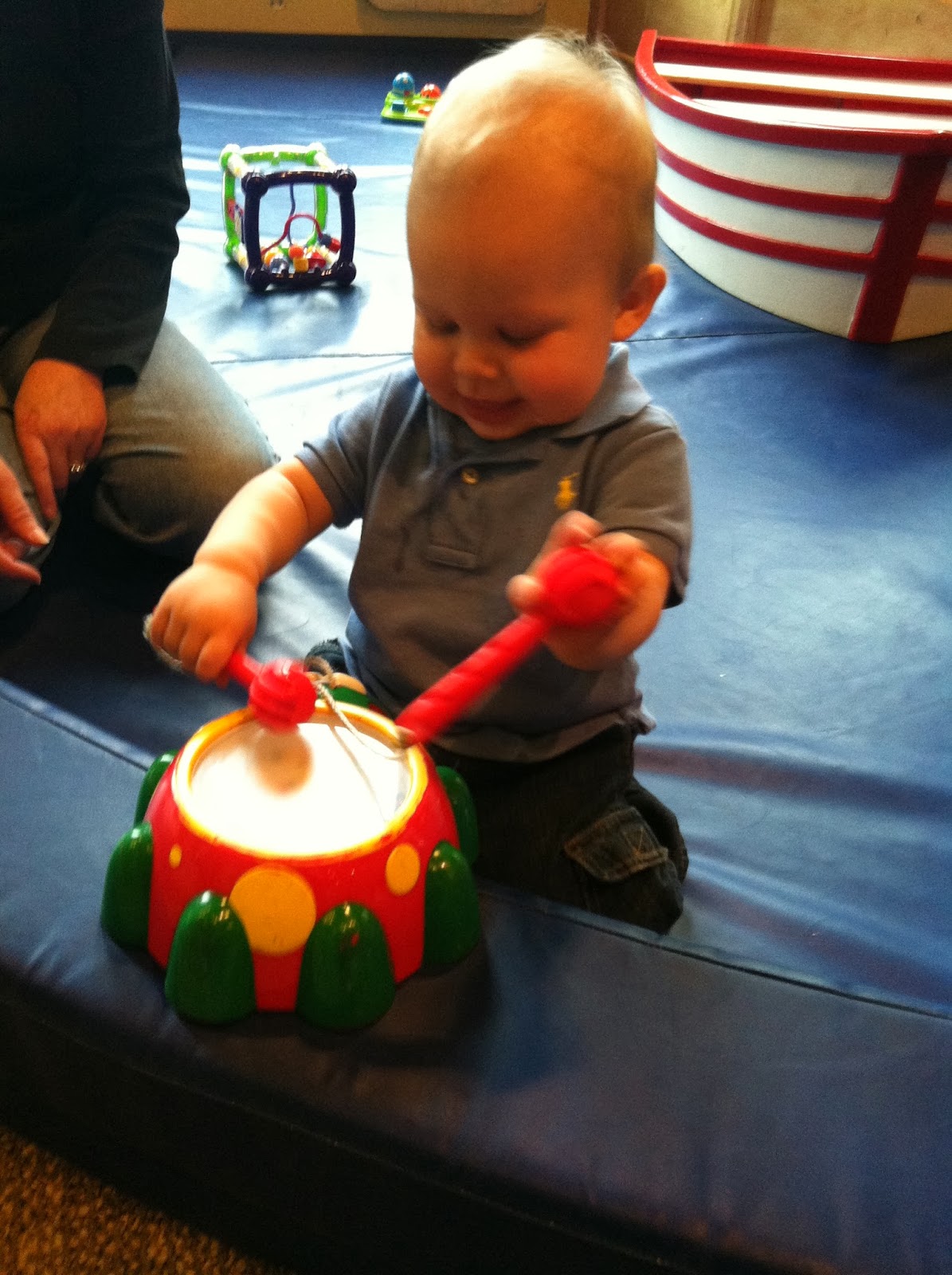 One of our new year's goals as a family is to teach Alexa more Spanish, so we've decided to try and speak only Spanish for 10 minutes at dinner every night.  She is catching on really fast and it's been fun.  She will usually say the prayer all by herself in Spanish, although sometimes it's Spanglish which is even funnier.  Instead of "papi" (daddy) she generally calls him "puppy" and it always makes me smile.

I took Alexa with me to Costco a couple weeks ago and she sang "I'm a Maniac!" over and over again through the whole store.  It seemed fitting.  I think it was on the radio or something, but I'm honestly not sure where it came from. 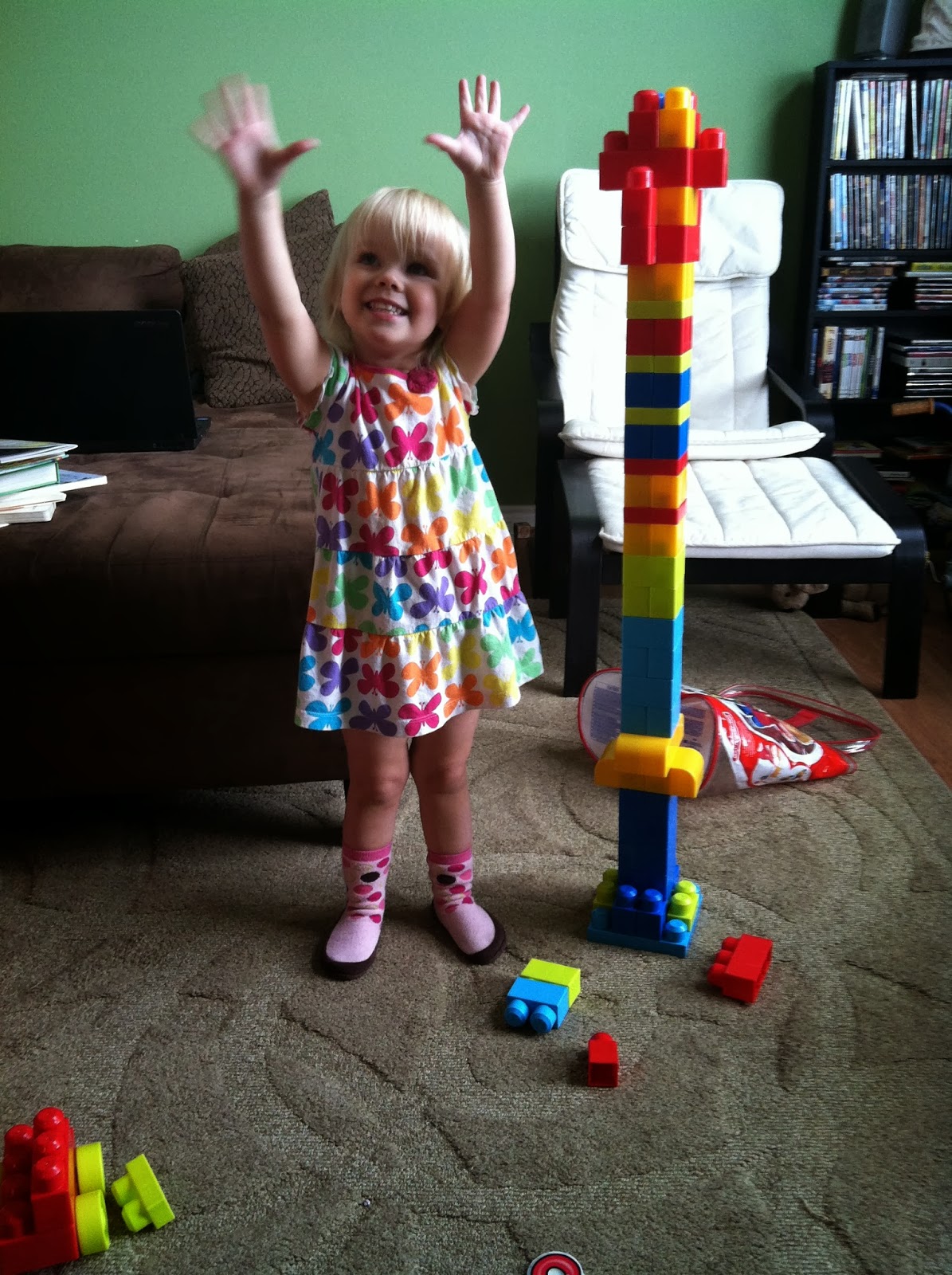 Alexa has been working out with us more during Tyler's naps, and we're always telling her to be careful and watch out so she doesn't get hit by the weights.  Her response: "watch out for ME, mommy!  Don't hit me!"  We have 30 second breaks every 10-15 minutes and her recent request is to play Ring Around the Rosy during every break.  It  is pretty awesome, I'm not going to lie.  Kyle is generally dripping with sweat and playing Ring Around the Rosy with a 2-year old during every break and I love it.

We played Hide and Seek for Family Home Evening a few weeks ago and Alexa thinks it and Candyland are the best games ever invented.  She's horrible at hiding, but loves to play.  Her favorite spot is the coat closet, and she will randomly hide in there during the day and then yell at us to say that she's hiding there!

We have discovered the joy of YouTube playlists and have now created many for Alexa, including Spanish cartoons, Living Scriptures, Frozen, puppies, etc. etc.  Whenever she watches the puppies she looks at me with a sad face and says "Mommy, I just want to hug them.  I want to hug them!!"  She even cried once because she couldn't hold them, haha.

Kyle had an issue where his UVU account got hacked, so he's been trying to sort that out and it's been a lovely mess.
Posted by Swingle Family at 3:38 PM 0 comments