Tad the 3-year old originally asked to go to a big indoor playground called Coconut Cove for his birthday, but changed his mind once he opened his giant box of Duplos.  He, Alexa, and Tyler played with them for hours, all the way until bedtime.  In addition to lots of Duplos, Tad also got dinosaur rain boots.  He has been really cute leading up to the big day, for weeks he's been asking if (all) things are for his birthday.  For example, I said, "we are going to go to the grocery stored."  Tad: "For my birthday?!!"  Or, "it's time to clean the house."  Tad: "Clean the house for my birthday!??!?!" 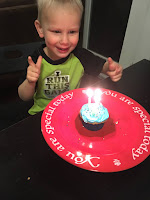 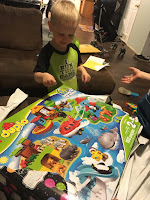 Tyler and Tad are good buddies.  I laughed when I looked over and saw them scooting kitchen chairs around pretending they were "battle ships" and making shooting sounds at each other haha. 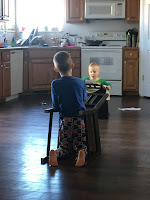 Liam is hilarious and silly.  He babbles and now says "ba ba" on repeat in a sing-song voice until we give him a bottle.  He has gotten better at signing, especially "all done," "up," and "more."  He loves wrestling, especially with Tad and Daddy. 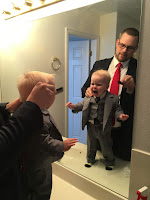 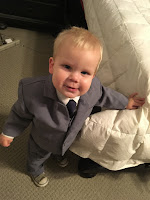 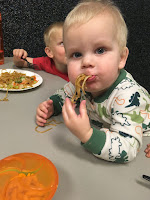 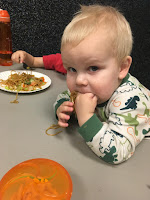 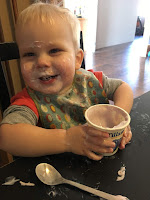 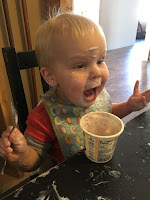 Alexa and Tyler signed up for soccer through the Lehi Rec Center.  They both worked hard and did really well, it was fun to watch their games and see them so excited. 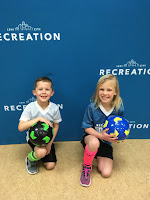