The beginning of October was busy getting ready for Craig and Chelsea's wedding on the 15th.  We found a little park a block away from the Payson Temple for all of the cousins to play at during the sealing with a couple of Young Women.  We had a luncheon at our chapel afterwards and had the reception at Peggy and Paul's that evening.  The reception was beautiful--I loved the outdoor music, lights, and overall ambiance.  They did street tacos, Mexican hot chocolate, and s'mores.  Three people asked to move in with us at the reception now that Craig had officially moved out that morning :).  Ha.

The cousins looked adorable in their matching outfits and we are so happy for Craig and Chelsea--love them both!  Although the kids keep crying for Craig and saying how much they miss him, even now almost a month later.  Tyler cried for Craig the night he went to the emergency room later in the month.  During the reception, I laughed because Alexa roasted a marshmallow for her s'mores and then ran over to the receiving line so she could show Chelsea her marshmallow.  They are thrilled that she is now "Aunt Chelsea." 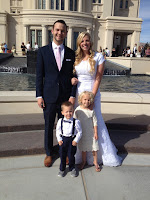 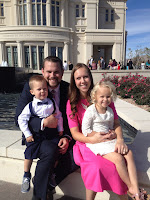 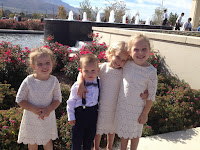 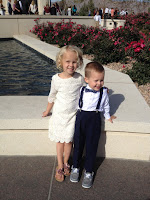 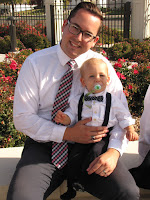 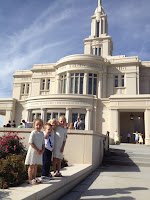 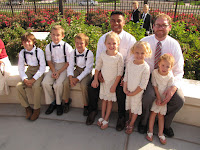 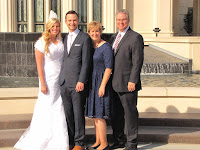 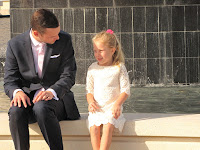 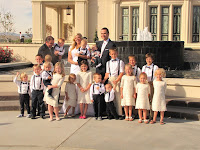 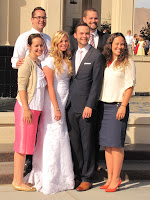 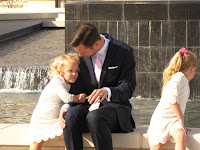 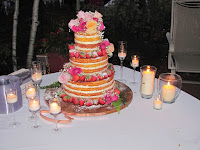 We took a fun trip to St. George to celebrate one last hurrah at the Ludlow vacation home before it was officially sold.  We got to see Beauty and the Beast at Tuacahn and it was amazing.  We've seen Broadway Shows at great theaters, but Tuacahn was better than all of them.  It's an outdoor stage up against the red rock and they have a fabulous stage, audience special effects, etc.  We should have gone sooner! 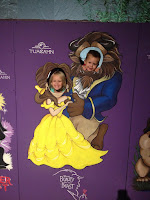 Kyle surprised me the next day with a makeover and family pictures for my birthday present.  He packed 3 bags of clothes and another bag full of shoes for me to pick from for our photos and he went shopping to get outfits for him and the kids :).  I had no idea he was planning any of it and it was so fun to get new family pictures done!

We had a scare the week before Halloween when Tyler woke up suddenly unable to breathe.  He went to bed completely fine and woke up two hours later gasping for air.  I ran and got him a drink and some medicine to help him breathe, but nothing helped.  I held him for 20 minutes and Kyle and James gave him a blessing.  It was my scariest moment so far as a parent--he was struggling to breathe the whole time and we had no idea why.  I worried that it might be an allergic reaction or something that was causing his lungs or airways to suddenly close and it was not lessening up at all while I held him and waited.  So we headed to the Emergency Room.  I held him the whole way to make sure he was still breathing and Kyle anxiously waited on the phone to see what was happening to our poor boy.

The nurse said right away that it sounded like croup, which I always thought was a terrible awful cough, not the inability to breathe.  They gave him steroids, a breathing treatment, and some Lightning McQueen and dinosaur stickers, and he was immediately feeling much better to my relief.  I wanted him to sleep with Kyle and I for the night, but he just wanted his own bed.  I begged and he was not swayed.  So we restlessly checked on him all night with extreme gratitude that he was still breathing.  I am so glad our sweet boy is ok.  I was terrified more than I ever have been. 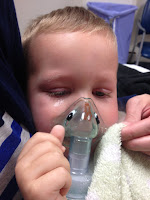 We had a fun Halloween with Frankenstein, Mommy Mummy, Little Witch, and Spooky Ghost.  Tyler lasted about a block and a half trick or treating, so the two of us cuddled and watched Micky Mouse Halloween instead and had a great time.  It was so fun to be with family and cousins on Halloween--the cousins played games with Auntie Emily and ran around trick or treating together.  It's so great to be this close and get together for holidays.  I love it.  We even got to stop by and visit Granny before the festivities started.  The kids guessed on the ride up what Granny would dress up as for Halloween much to Kyle's and my amusement.  They threw out a few ideas, but in the end Alexa thought she would dress up as a bunny and Tyler thought she would be a black cat or Santa Claus. 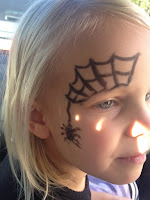 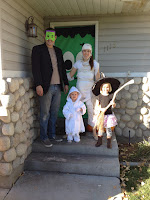 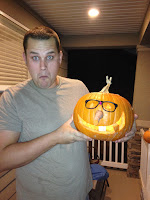 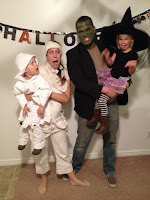 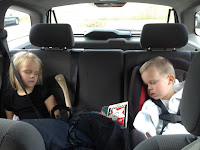 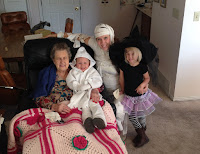 The best birthday present this month was a ultrasound with little Bambino.  Many of you know that this baby has been a bit of a struggle.  After a year of trying, we met with a fertility specialist and they ran all sorts of fun tests.  They found nothing wrong and we were feeling disheartened.  I didn't really want to talk about it or share personal difficulties and so we continued along for several more months.  While in church one Sunday, I felt strongly that we should tell our family and have them fast and pray with us.  I was hesitant to involve others and waited until the last minute, but I was overwhelmed by the response.  I know others have had much greater health and parenting struggles and that we are blessed with two healthy, happy kids, but it was really hard to feel like it was completely out of our control and there was nothing we could do.  It was incredible to see our families group together like that and hear of your love and support.  We are very blessed and have much to be grateful for.  After a year and a half of trying, we found out we were expecting within days of asking family to fast and pray with us.

I'm due February 29--Leap Day!  We have decided to make this baby another surprise, so I expect Alexa and Kyle to continue arguing about whether it's a boy or a girl for the next few months.  Alexa would also like one of each if possible, but I think we would have noticed another baby's heartbeat or head in the ultrasound.  Alexa wants to name her sister Candyland and Tyler would like a brother named Scooby Doo. 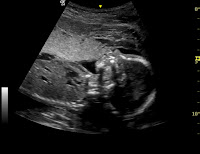 We sure do love these cute kids. 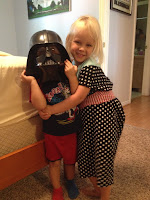 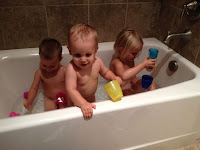 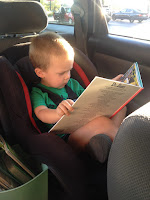 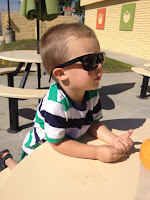 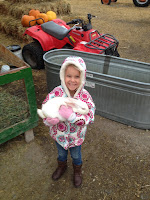