Some more pictures from the hospital... 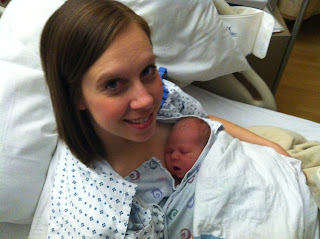 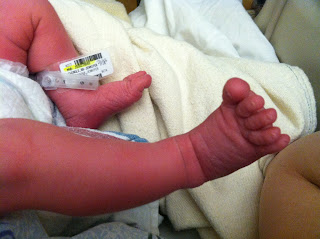 Video of Alexa meeting Tyler for the first time

Random side note: Kyle put blue sheets on our bed when we got home to celebrate the fact that we had a boy.  Such a cute husband.
Posted by Swingle Family at 8:44 PM 0 comments

So, I figured we should write out the crazy story of this little boy.  Nothing like Alexa's by the way, except for the fact that pushing didn't take long.  With Alexa, I was 3cm for three weeks and 80% effaced by the third week, my water broke, I had crazy gangbuster contractions for 2.5 hours, pushed for a half hour, and she was out.  With Tyler, I had painful contractions for days.  I hardly slept Tuesday night because they were at least every 5 minutes for about 3 hours, and so painful that I really had to focus and breathe through them.  They tapered off by like 5 am, but were still really painful though less frequent.  Contractions continued Wednesday and Thursday, painful but inconsistent.  At my doctor's appointment Thursday morning, I was 5cm and fully effaced, so we knew the baby would come fast.  The doctor said to just come right away when my water broke.  Good plan.

By Friday morning, I was really sick of all the painful contractions for days and lack of sleep because of them every night, so we started on the have a baby checklist by going on a long walk, eating spicy food for lunch, etc.  By mid-afternoon, I was still having occasional painful contractions but nothing seemed to be happening or changing, so we decided to give castor oil a try.  Kyle went to the store with Alexa, and by the time he got back 30-40 minutes later, I had more regular (every 3-5 minutes or so) contractions.  I told him to go ahead and call someone to take Alexa and we would see if the contractions stayed regular before trying castor oil.  So, he called Todd to come down, who said he would be there in 20 minutes.  Within 10 minutes, I suddenly felt like I needed to push.  Kyle's response, "No!  Wait!"  haha.  He ran Alexa over to our next door neighbor's until Todd got there and got the car started.  By the time he came back to the room literally 1 minute later, I was standing in the doorway and positive that the head was coming out.  Turns out it was the amniotic sac with the head right behind it, but regardless we were out of time.  Kyle said he would carry me to the car and that we *would* make it to the hospital, but I told him we were too late and to call 911.  He was not convinced and really tried to get me out of the room, poor guy.  I turned around and grabbed the foot of the bed and the baby started coming!  Kyle tucked his phone between his head and shoulder as he talked to the 911 responder while his hands were out to catch the baby.  It took a couple pushes to get out the amniotic sac, the entire head came out in one push, and then out slid the rest of the baby.  The baby was still in the amniotic sac, so Kyle had to pull it off.  He said, "holy cow, this baby is slippery!" right before the sac hit the ground, and I totally thought he dropped the baby.  Ahhh.  It was so fun to hear him say, "It's a boy!" with so much excitement in his voice and just the two of us there in the room. It was a very special moment for our little family, and crazy that it was just us there to experience it.

So, Kyle was there kneeling on our bedroom floor holding the baby, I was standing at the foot of our bed, and the paramedics arrived about 30 seconds later.  They sent 3 ambulances and a fire truck, so we had about 12 paramedics (if not more?) in our bedroom.  They had me go to our bed and put in an IV while they checked Tyler's vitals.  We were incredibly lucky that he cried right away after coming out, and was completely healthy and doing well.  They put me in the ambulance on a stretcher and Kyle got to hold him on the way to the hospital.  Oh, and when they first handed Tyler to me, he totally peed all over me.  First of many times I predict.  It was funny when they were deciding what time he was born because no one knew.  The paramedics said, "well, it's 4:55 and we've been here about 5 minutes, so let's say 4:50.  Sound good?"

We got to the hospital and just kind of hung out in a room for an hour or so until they stitched me up.  I tore worse with Tyler because of the amniotic sac not breaking before coming out.  We were at a different hospital than with Alexa (Timp instead of Utah Valley), and there were so many things that our spazzy nurses did that we had to laugh at.  While the doctor was stitching me up, the nurses just walked away and left him.  He looked around and commented on it, then went into the hallway and said, "Are you my nurse?  Where's my nurse?"  Haha.  And then I asked for a pillow, and they told me they weren't sure if they had any.  Let's see, what else?  Oh yeah, they took two vials of blood and then lost it, so they had to retake my blood a couple hours later.  I had to ask them for a hospital gown after being there for a few hours and only wearing a t-shirt and a blanket over my legs.  They also ran out of bands for the babies, so they had to wait until the next day when a patient left to use their baby's band (they have a built-in monitor thing).  Then there were tons of things care-related that they forgot about, forms they never brought in, etc. that I found out about later.  Kyle's favorite thing (sarcastic) was the chicken cordon bleu we ordered for dinner--the dining service covered it in nacho cheese sauce.  So gross.  I want to meet the person who thought that was a good idea! On that note, here are a load of pictures... 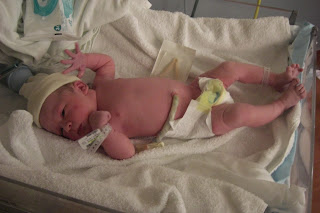 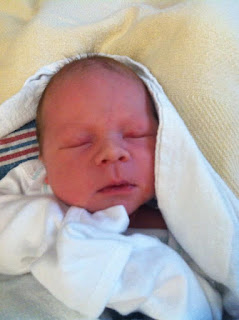 Tyler wasn't allowed in the nursery because he was born at home, so he got to hang out with us in the room, have all his test done in there, etc. Lots of people have asked where we came up with the name Tyler Joseph Swingle. Kyle actually suggested it out of the blue, and it's one we agreed on. We like using family/scripture names for the middle name, and Tyler just sounded cute. I know, we're really complex. 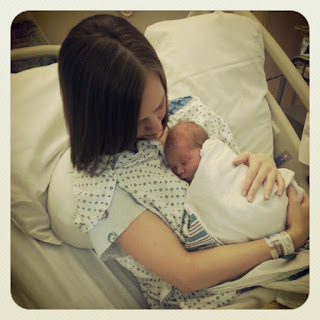 Everyone kept commenting on how normal his head was compared to the other babies on the floor, haha. 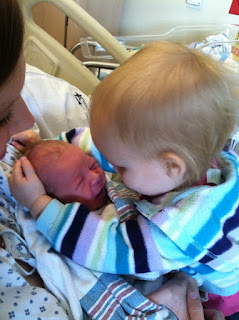 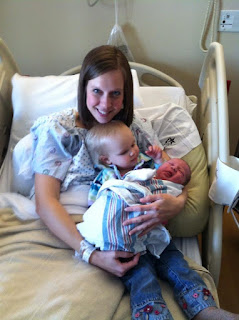 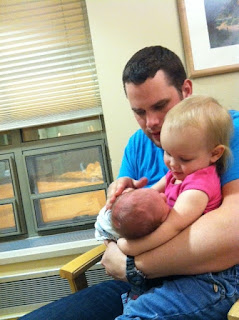 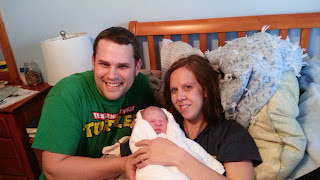 At home right after he was born.  One of the paramedics took this picture on his phone and emailed it to us. 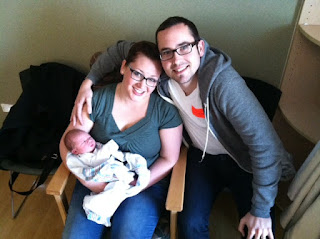 A BIG thank you to Todd for coming to the rescue at such short notice and staying with Alexa!! 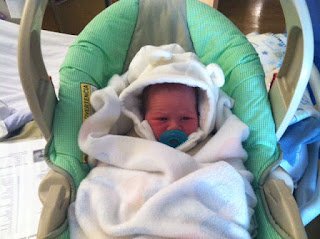 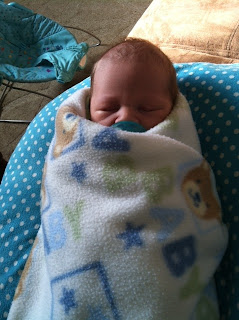 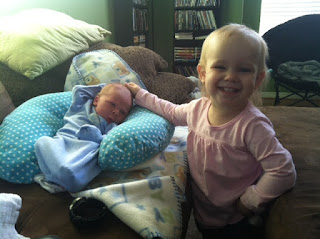 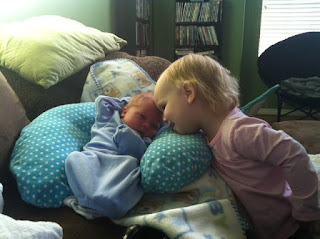 
Malori did an Alexa photo shoot just before Christmas, and here are some of the fun pictures she took. 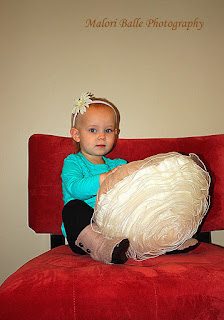 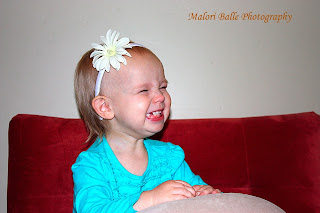 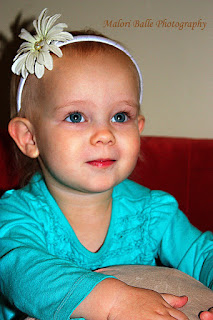 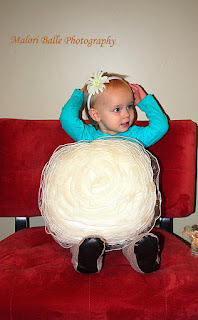 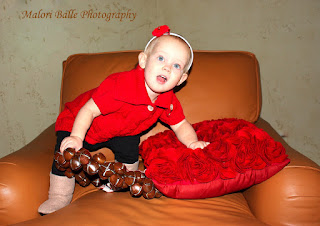 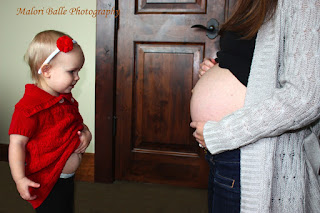 I think I’ve mentioned before that Alexa loves praying, and has recently starting helping us say them all the time.  A normal prayer goes something like this with Alexa saying or repeating the underlined parts: “Heavenly Father, thank you for this lunch (insert whatever food and she’ll say it).  Bless us to be healthy and strong. Thank you for mommy and daddy. We love you.  In the name of Jesus Christ. Amen.”  And then she claps. At lunch today she wanted to say the prayer three times.


She has also just recently started saying her name all the time.  The ‘x’ was a little hard for her before now, but she now calls herself “Alexa!” instead of “baby.”  I was clipping her fingernails this morning so that she doesn’t claw Tyler while trying to constantly give him love, and she totally counted to 10 as we did each finger!  The previous record was 6 I think.


I took her visiting teaching with me last week, and had her sitting next to me coloring.  I looked down, and their dog was eating her crayon!  Eek.  I apologized and said that I hoped we didn’t just kill the dog.  They said the wax would be good for his digestive system and make his poop beautiful J.


We were starting to watch Lord of the Rings as she was drinking her bottle before bed, and Gollum cried at something mean that Sam said to him and she totally started hysterically crying.  Never seen that before.


Last Sunday, I was upstairs doing the dishes and looked down to see Alexa flipping through the Friend.  I thought it was so cute that I took a picture. 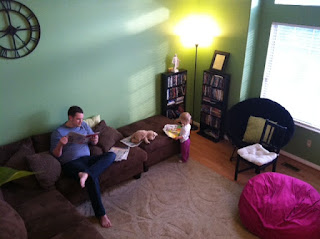 We got lots of snow last week, and Alexa really wanted to play in it while I shoveled.  She started shoving handfuls of it in her mouth, though, and I was pretty sure that she was going to die because of the horribly bad inversion that we've had lately. Anyway, she then went all by herself into the garage and got a broom to start helping me clean the driveway :).  Love this girl. 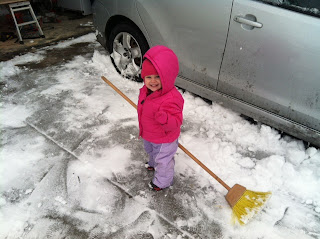 For lunch today, Kyle told Alexa to come upstairs and have some noodles.  Her response: "And bacon?!"  I laughed so hard.  Love this girl.
Posted by Swingle Family at 1:06 PM 0 comments