Alexa and Tyler had their first violin recital and they did a great job!  They each played a piece by themselves and then had a duet.  Mark was here from England and it was fun to have him join us. 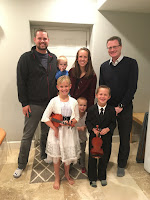 We got our first good snow and had fun sledding with the Tates.  Aden has a small snowboard that he let the kids try and they were surprised that I knew how to use it, haha.  I earned cool points with Tyler by snowboarding down the hill without falling :).

Tad got hit by a sled as seen in this video and he goes flying, but he thought it was absolutely hilarious to see it on video again and again. 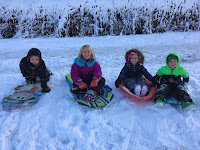 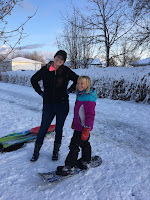 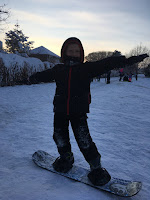 We hosted a big group of Swingles for Thanksgiving.  The best part was having Great Grandma Swingle fly in from Arizona.  And Richie and Megan's family stayed with us.  We had fun playing and going to see Frozen 2.

Great Grandma Swingle had a sleepover with us after Thanksgiving and helped us put up Christmas decorations.  She even taught the kids how to make tea rings. 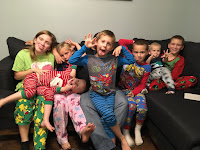 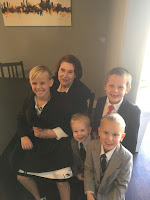 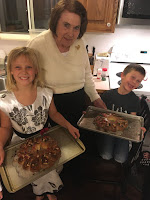 Here are photos of our other shenanigans.  I guess mostly of Liam... 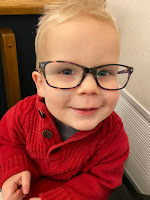 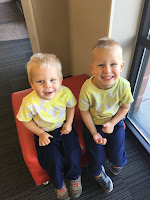 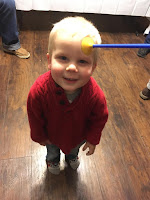 Posted by Swingle Family at 9:06 PM